Budapest is made up of 23 numbered districts, each different from the other. Downtown districts have lower numbers, while suburban districts have higher ones, all of them well connected by public transit systems. Not every district in Budapest, however, has the same touristy vibe and interesting landmarks, the most important touristic attractions are in the heart of the city, in district I, V, VI, and VII.

Although Budapest has great tram, metro, and bus networks, downtown areas are ideal for walking and exploring. If you are interested in museums and cultural sights, or you want to find the best places to eat and drink, or just want to enjoy nature, Budapest has got you covered. Discover with us some of the most characteristic and unique districts of the city and all they have to offer.

District I. - The Castle District (Várkerület) 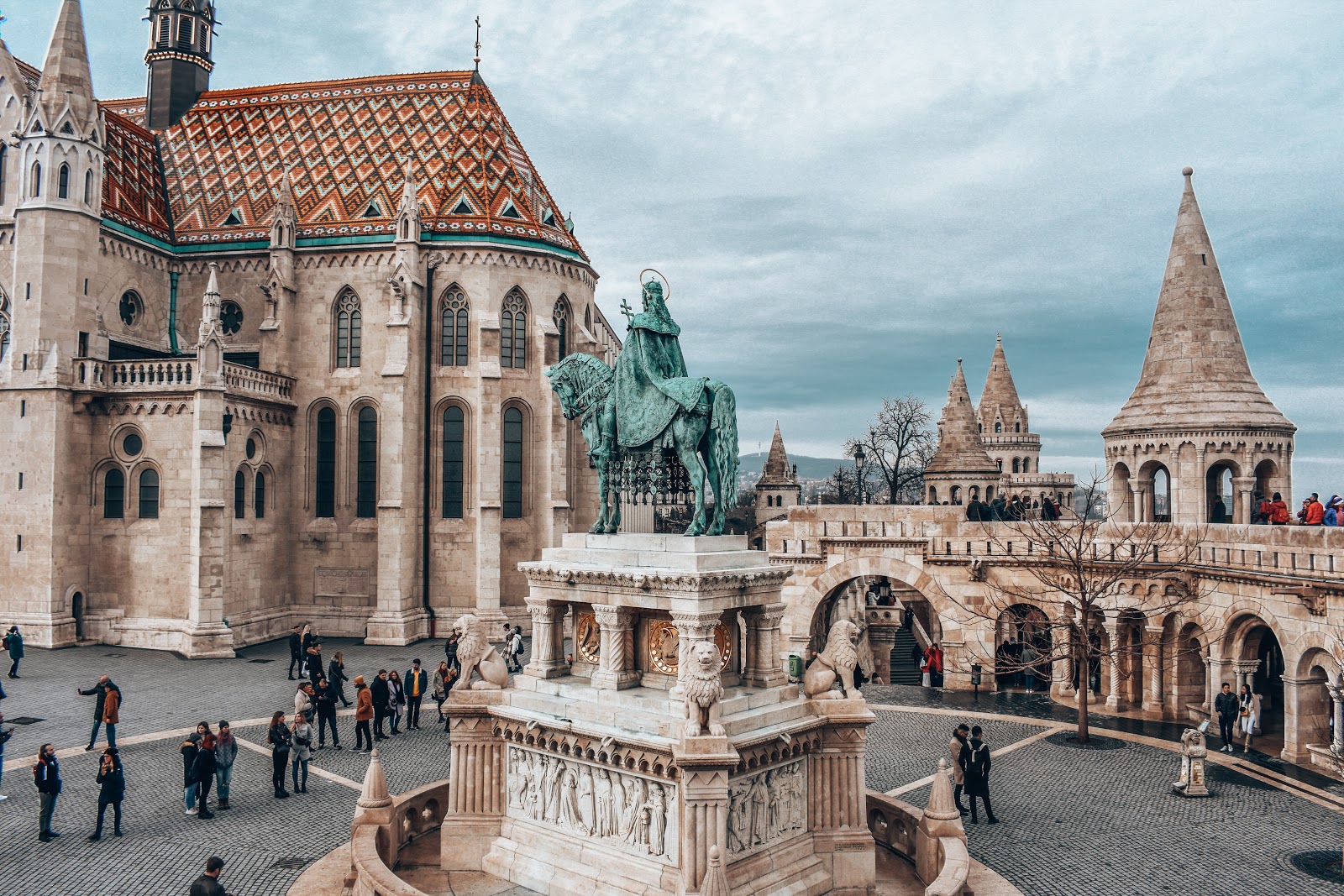 This Budapest district, located on the west bank of the Danube River and usually referred to as The Castle District, is an upscale and quiet part of the city with a rich history that makes it one of the most popular tourist areas in the city.

Cobblestone streets, sightseeing treasures, great views, romantic spots and cozy bistros can all be found in this charming district. A great place to go for stunning panoramic views over Pest and the River Danube, particularly spectacular at sunset.

It’s easy to reach both on foot and by public transportation. The Széchenyi Bridge and the Elisabeth Bridge connect this neighbourhood to the downtown area and both bridges are easy to use as a pedestrian.

There aren’t too many bars here, the place is very quiet at night and popular by day. Those on a romantic holiday, mature travelers, families with kids and anyone looking for a relaxed, quiet holiday will appreciate the Castle District’s peacefulness. Here you can find Budapest’s oldest café and try traditional Hungarian pastries.

There are also a few minor attractions such as the changing of the guard ceremony and the unique Castle Hill funicular. After a long day of historical exploration, you can relax in the thermal waters of the Rudas Bath.

District I is home of Budapest’s most beautiful landmarks:

District II is also located in Buda and has two distinct parts. The more populated, residential area close to the river and the greener, hillier outer area. This Budapest district is quiet and popular with families, but is a bit out of the city centre. 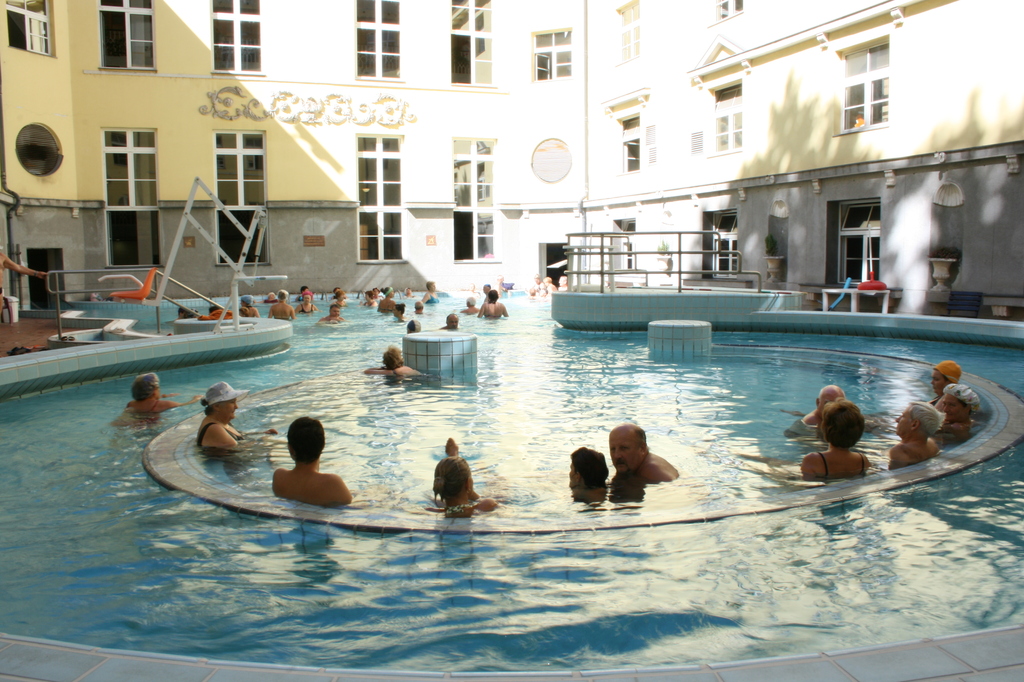 If you like architecture you can admire exclusive villas in this area, Rózsadomb (Rose Hill) is the most notable part in this district and offers spectacular views over the city.

Except for the Children’s Railway, this district in Budapest doesn’t have many public transportation options. Children’s Railway is one of Budapest’s most unique attractions, it has everything like any other railway except it’s run by children. The line stretches among the Buda hills. This is ideal for a day trip for families or friends after which you can enjoy thermal waters in few Bath houses.

Other Interesting landmarks in District II:

Óbuda is the oldest and second largest Budapest district. It lies in the northern part of the city in Buda. This quarter is a great place to go for a walk and discover a more traditional Hungary. The centre of the district is Fő tér where you’ll find a handful of taverns offering traditional Hungarian cuisine. Óbuda’s Main Square also hosts a charming Advent Festival each December with concerts, children programs, street food and drinks. 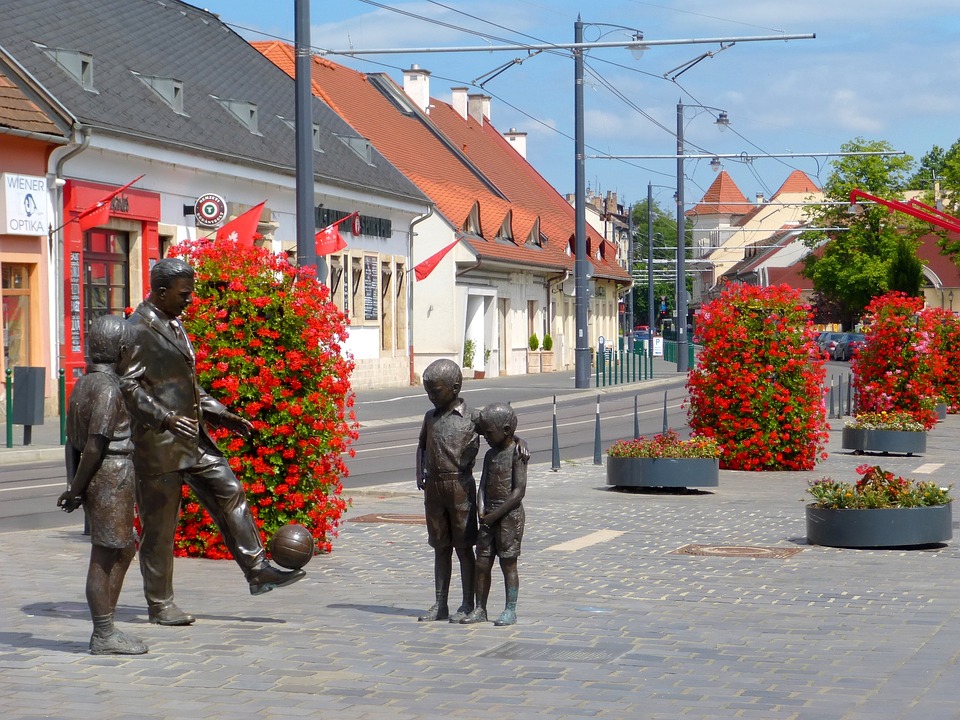 At some point in history Óbuda was the border of the Roman empire. The colony was called Aquincum. Archeologists discovered several monuments and artefacts from the Roman era that you can visit today in the Aquincum Museum.

Óbudai-sziget is the largest Danubian island in Budapest. It is the home of the popular international Sziget Festival every summer. 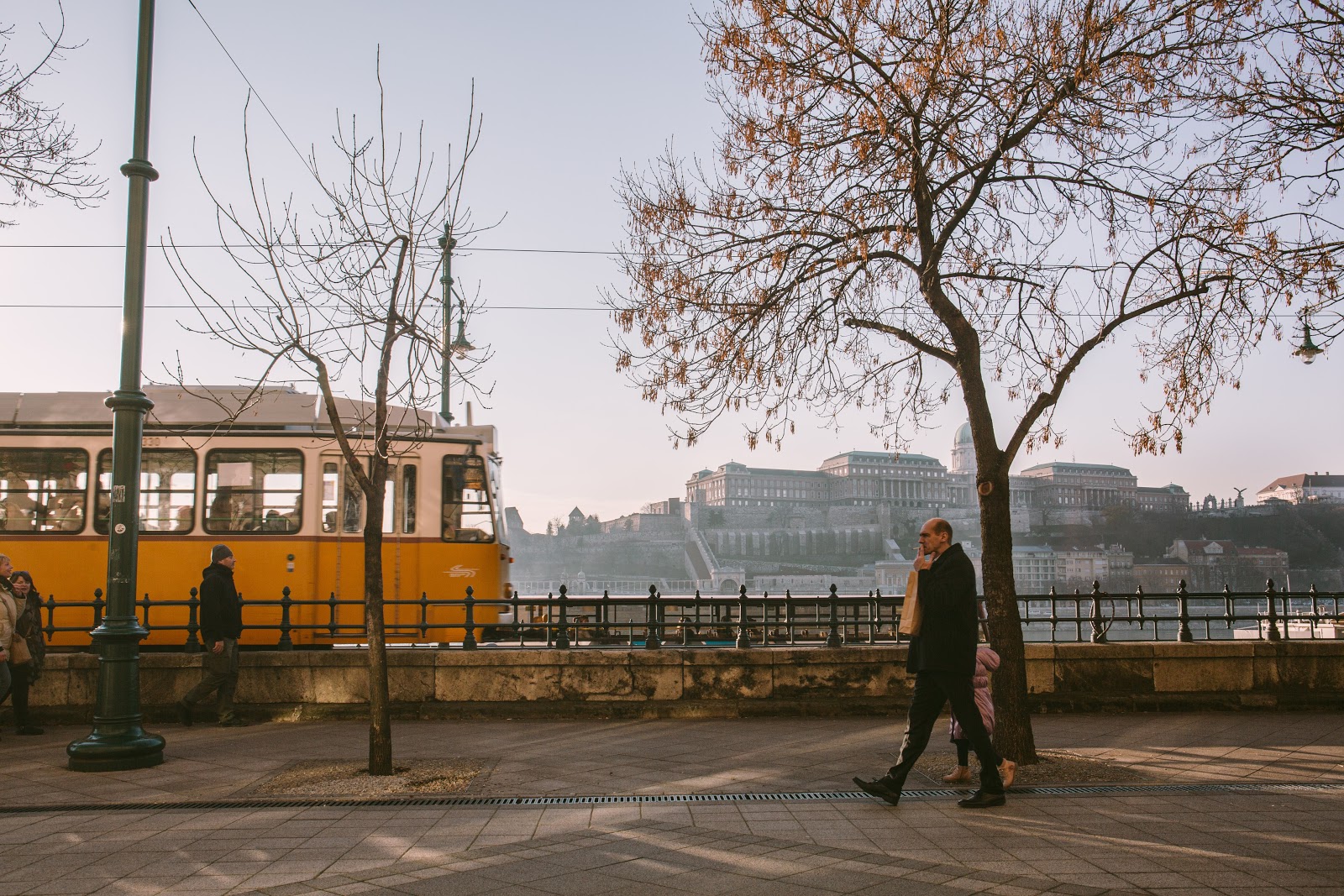 One of the smallest in size but a significant one, District V. is at the heart of the city, true downtown of Pest. It’s an elegant area with gorgeous boulevards and pretty squares and home to many of Budapest’s main attractions. The district is home to the beautiful neo-gothic Parliament building and St Stephen’s Basilica along with many restaurants and cafés and five star hotels.

You won’t find too much of the famous nightlife here, but it is a nice place to visit during the day. This area is good for luxury travelers, couples, and families who want to be near all the main attractions.

District VI. has a little bit of everything. It may not be the main tourist highlight but it’s still  within walking distance of the more interesting landmarks. It's full of life, with plenty of high end designer stores, chic boutiques, cafes, bars and restaurants. Even though you can find more upscale places here as well, this area is more popular among backpackers and budget travelers.

The iconic Andrássy Avenue has become an increasingly popular artistic and cultural destination and is also a UNESCO World Heritage Site. Below the surface runs continental Europe’s oldest metro line, the M1.

Most important landmarks of Terézváros: 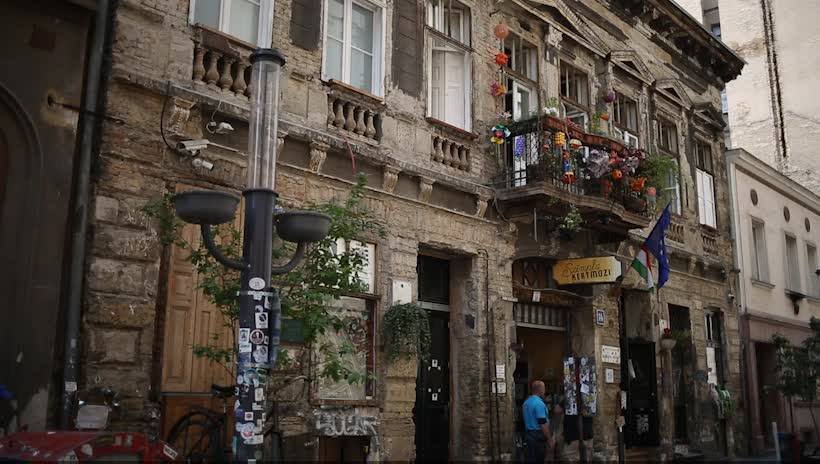 It is always very busy with a lot of tourists and there are plenty of backpacker hostels in the area. It’s mostly younger travelers who choose to stay here, but all night parties attract local people as well as tourists. You can easily get around the Jewish Quarter by walking with the area being pretty close to all the main sights in the city.

Some of the landmarks of Jewish district:

Although District VIII is a bit further out than most tourists venture, it’s gaining momentum as Budapest’s new ruin bar hotspot. It may not be as postcard-perfect as the better-known Party Quarter in District VII, but it makes up for it in character.

Take your pick from the sprinkling of cafes that fuel the medical students studying at Semmelweis, or stroll down the wide streets to explore some of lesser-seen Budapest! If you want to learn more about the diverse and interesting district VIII, click here. 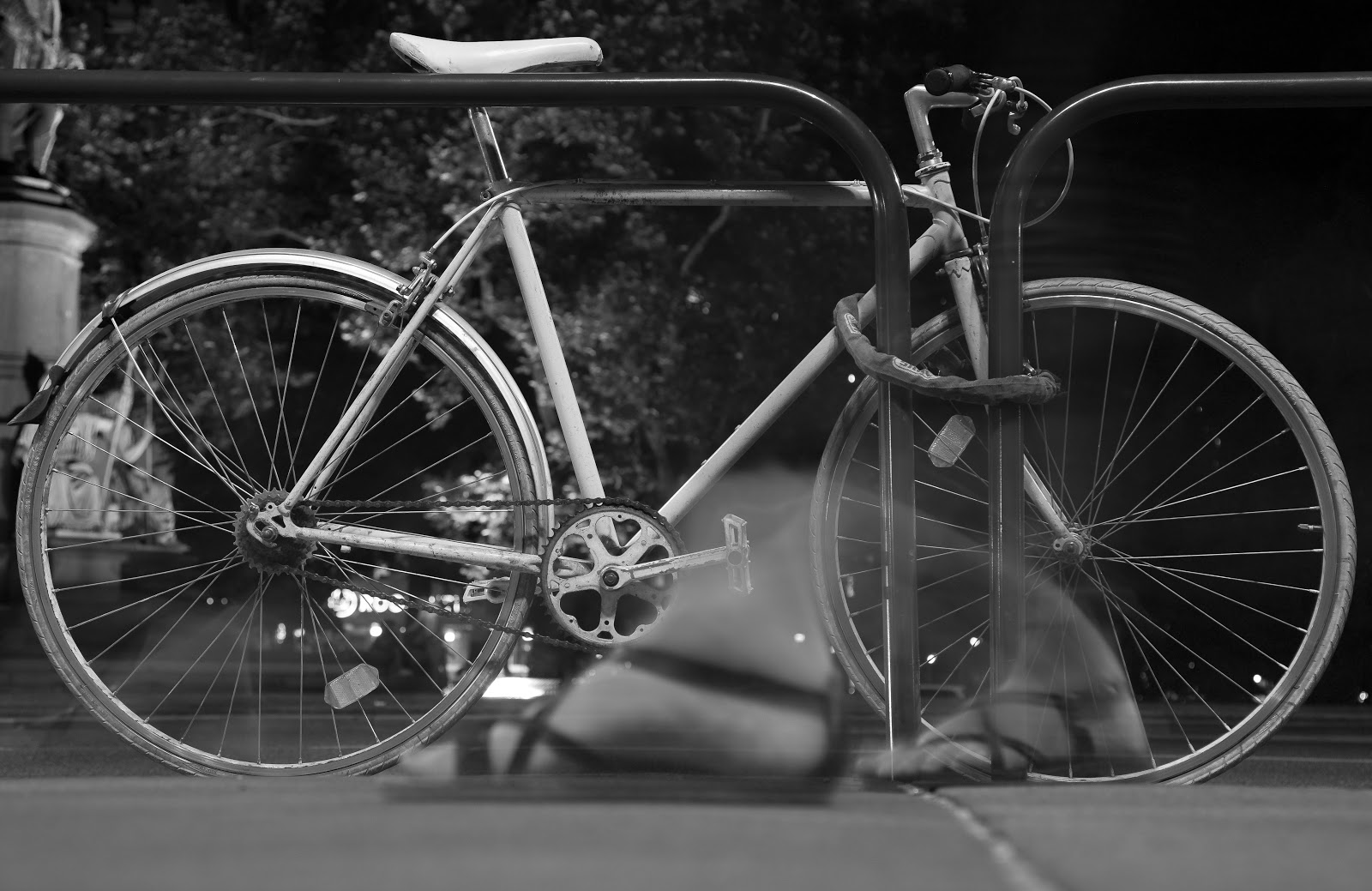 District X is mainly an industrial area. Breweries utilize the deserted quarries several kilometers long, the largest is the Dreher Brewery. Népliget Park is Budapest’s biggest public park which is a nice place to relax and the Planetárium and the Laser Theater in the park offer unique experiences. The city’s bus station is opposite Népliget park and often used for domestic and international travel. 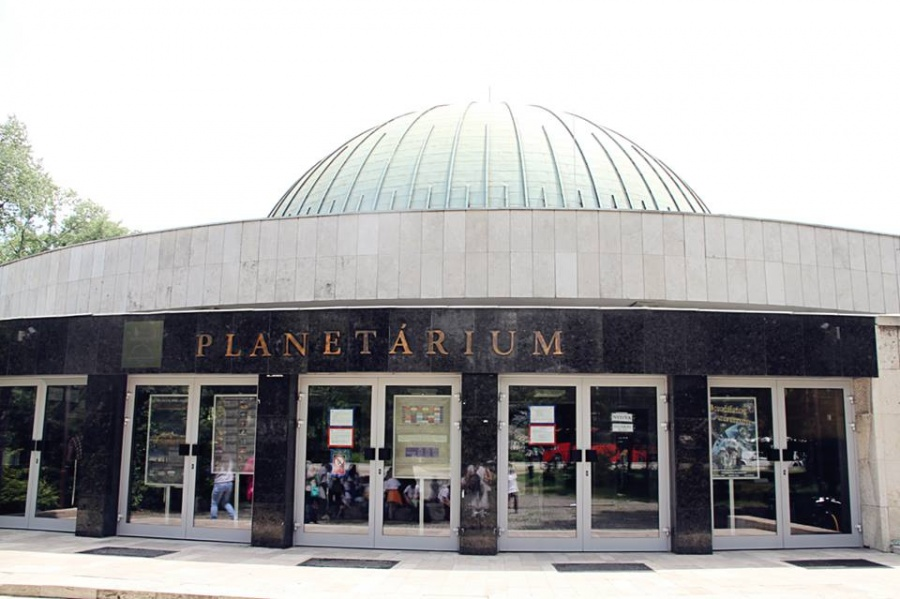 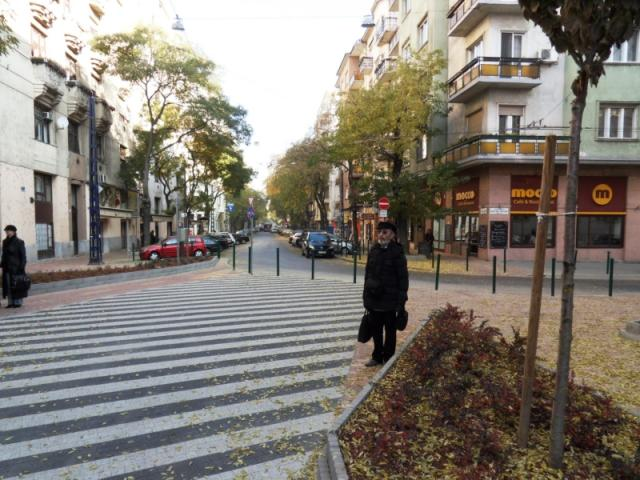 A quiet offshoot from the busy center, the 13th district runs parallel to Margaret Island and is full of little gems. Many locals flock to the peaceful area for a stroll down tree-lined Pószonyi street, which is overflowing with quaint cafes, restaurants, and ice cream parlors. Mainly residential, you’ll see a lot of young families and couples have taken a liking to this area, and its laid-back vibes make it a quiet oasis in the city center.

Each district in Budapest has its own character and charm although not all of them will be equally attractive to travelers. But this is what makes Budapest a fascinating city to explore. So just start exploring.

How to Get Around in Budapest