Outdoor Spaces and Parks In Budapest

Summer in Budapest is best enjoyed outside, with fresh air in your lungs and a splash (wine spritzer) in your hand. As opposed to other urban metropolises, Budapest has its fair share of outdoor spaces. Whether you want to go for a run, play with your dog, set up a picnic, or just sunbathe, here is a list of parks in Budapest! Városliget, or City Park, is the 2nd largest park in Budapest, and is quite accessible! Just hop on the historic Metro 1 and it's a straight shot up to Heroes' Square - the gateway to City Park. It's expansive grounds give you ample space to relax in the Budapest summer ... and you have plenty of options of things to do while you're there!

You could explore Vajdahunyad Castle (you can even rent a rowboat on its lake!) Or soak in the famous Széchenyi Baths. And depending on the season, you can attend one of the many festivals (the Chimney Cake Festival in the fall is our favorite). 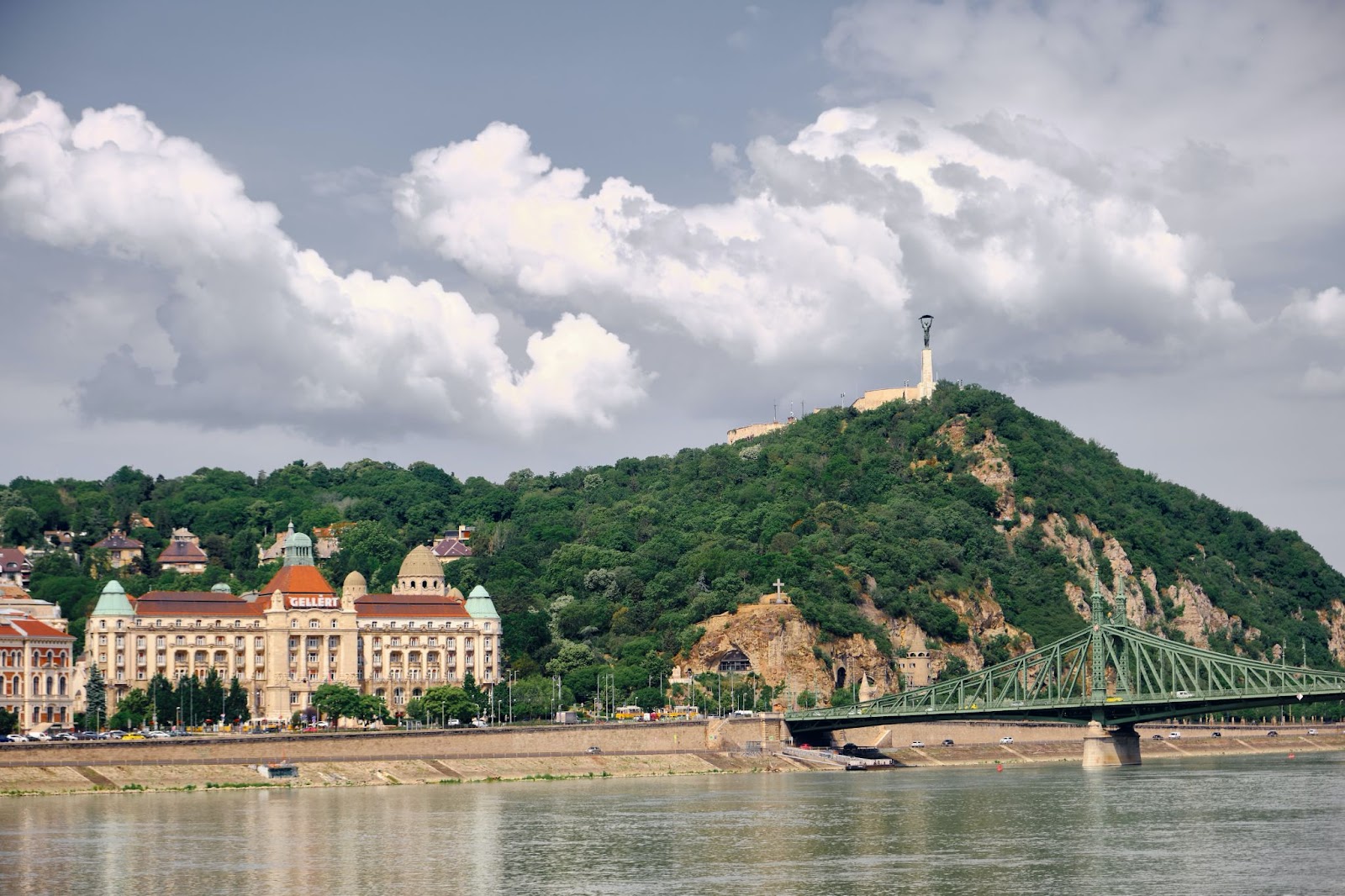 If you've walked along the Danube at any point, you've probably looked across to Buda and seen beautiful Gellért Hill. It's well known for being the location of the Statue of Liberty and the stunning Citadel, but it's also a favorite place for locals and tourists to hike, play, or just enjoy the sun.

Tram 47 will drop you off right at the base of the hill, and from there you can explore its many trails, the famous Cathedral in the Rock, or even hike up to the Citadel to enjoy a panoramic view of the whole city. 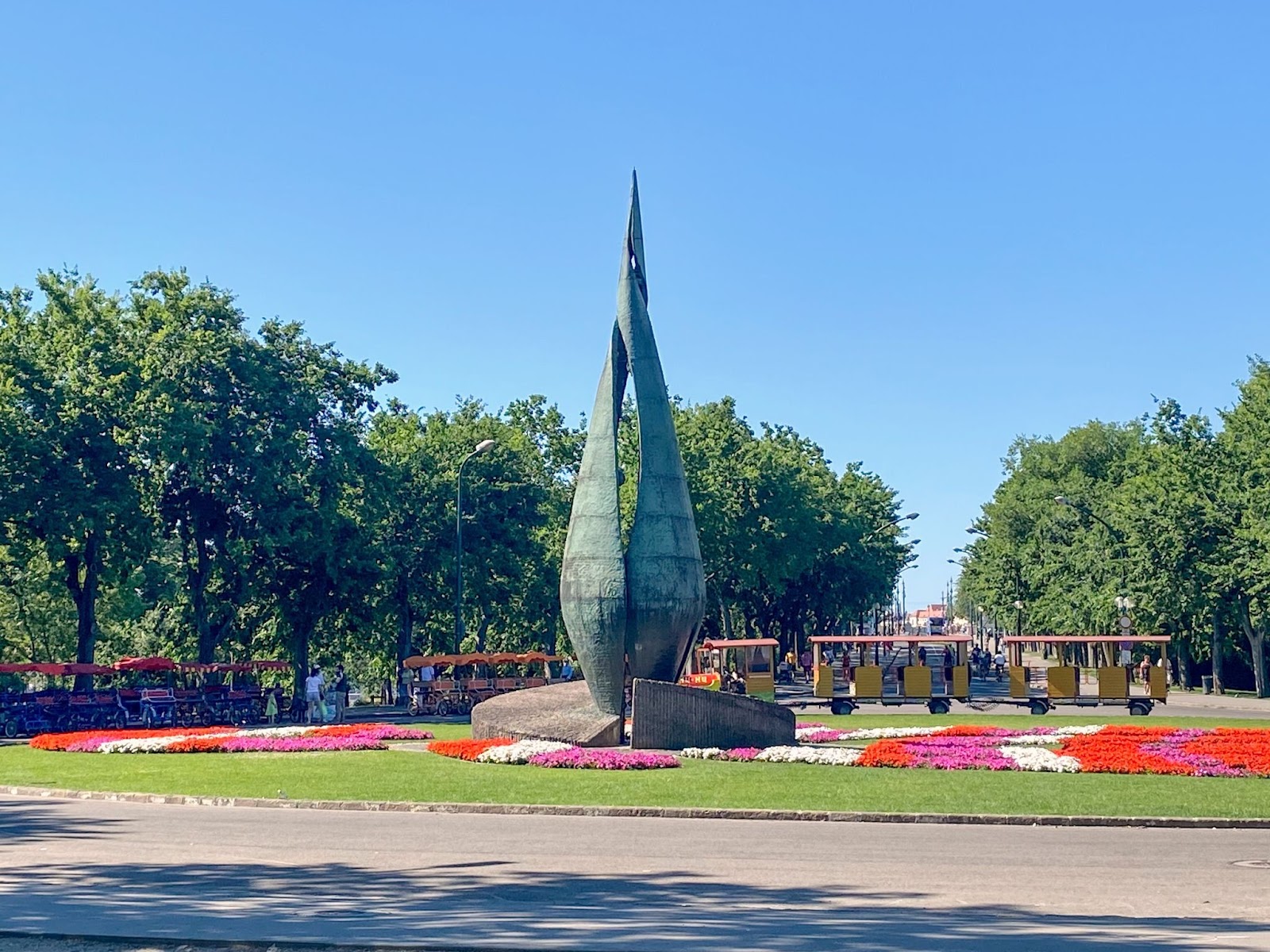 Even though it's right between Buda and Pest, Margaret Island is an oasis away from the city. While it might seem novel that you can just pop over to an island in the middle of a city, this is quite the norm for many who live in Budapest.

The island is crazy accessible (just hop on the 24-hour 4/6 tram and take it to the Margaret Bridge stop), so nothing should get in the way of you enjoying this wide open space. You can run around the 5k track on the island's perimeter, take in a show at the musical fountain, splash around in the Palatinus Pool and Spa, grab a drink in one of the outdoor bars, or just spread out a blanket and dive into a picnic with your friends.

With cars being restricted, Margaret Island is the perfect place to get away from the hustle and bustle of the city. 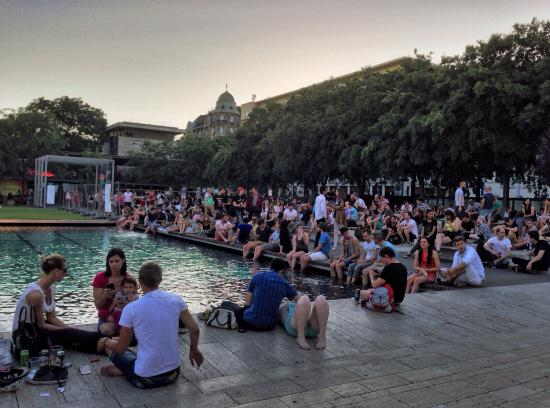 Although Akvarium is technically the club / concert hall below, the expanse of grass above it (and its neighboring mirror pool) is one of the most popular urban parks in Budapest.

Many summer nights out get their start at this beating pulse point of the city. You can spread a blanket and make your own splatter, listen to music drifting out from the club below, and cool off by dangling your feet in the pool. If you'd like to sit somewhere and be served, you're spoiled with the choice between Akvarium or the neighboring Fröccsterasz.

If the lawn is already full when you arrive, no worries! Just behind Akvarium is Erzsebet Park, where you can have a little more space as well as a close-up view of the Budapest Eye. 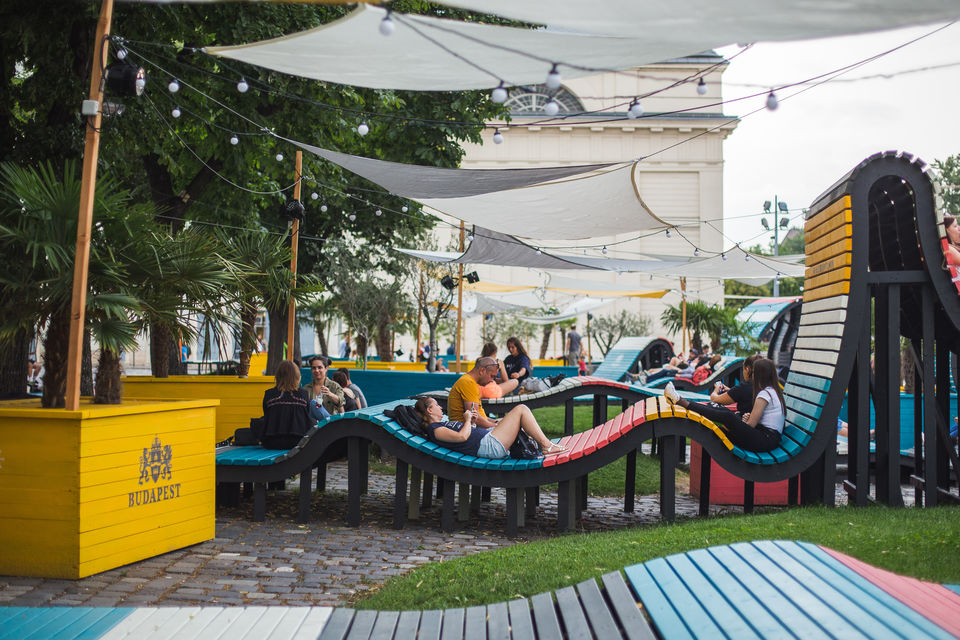 Just across the street from Akvarium lies City Hall Park, which during the summer months is more informally known as Pop-Up Park. Once the summer season sets in, the city installs a bunch of wacky benches which sometimes look more like art installations rather than a place to sit.

But the transformation works its magic, and the park is turned into a sort of urban jungle - a central place to sit and sip your drink and watch the city go by.

Whether you're looking for some fresh air, or just a place to stretch your legs, you can head to one of these parks in Budapest! If you want to explore more, consider booking a walking tour!

A Guide to City Park

A Guide to Lake Balaton