How To Get Around in Budapest

It's important to know how to get around Budapest! We're here to help you learn everything you need to know about how to use the public transport system in, important info about taxi companies and prices, and everything in between!

Public transport tickets can be purchased from any of the BKK vending machines or offices for 350Ft for a single journey (~ € 1.00 / 90p). For daily and weekly tickets, you can even download the Mobile Ticket app if there is a queue!!

Make sure you validate these as you enter the vehicle and / or carry the ID you linked your travel card to - failure to do so will result in an on the spot fine of 8,000Ft (~ € 23 / £ 20) which doubles if you don't pay it there and then.

These tickets are valid for use within the city limits for the Metro, Bus, Tram, Trolley Bus, HÉV light railway and River taxi services. Services from outside the limits vary and you should check prices directly.

The Budapest Metro is the oldest electrified underground railway in mainland Europe - completed in 1896, it's only predecessor is the London Underground and for this reason. Since 2002 the original route of the M1 line from Vörösmarty Square to Széchenyi Bath has been listed as a UNESCO World Heritage Site.

Today, there are 4 lines on the system with the other 3 lines taking you from the main train stations and residential suburban areas into the city center:

Useful Hint: Metro Lines 1, 2 and 3 intersect at Déak Ferenc Tér. From here, you can pretty much reach anywhere you need on the Metro.

If you are visiting Budapest, chances are you would only really need to look at the 4 or 6 metro lines which take you from Buda into downtown Pest 24hrs a day, 7 days a week (one of the stops is right outside the after party to the Boat Party!) however, make sure to check out Route 2 as well as it lazily meaders its way along the river bank from Jászai Mari tér, past the Parliament and on towards Liberty Bridge

Budapest is also one of the homes to the curious Trolley Bus. The line of Bus / Tram hybrid, Trollies are connected to the overhead power cables. Better for the environment for sure, but are temperamental! You should take one for the experience and watch as the driver has to get out and reconnect the vehicle's power cables every so often.

The Budapest suburban light railway is also covered with your transport tickets, however if you are traveling further out of the city, you will need to purchase supplementary tickets, available at the station ticket machines.

Connecting to the M2 Metro line at Batthyány tér, you can change onto the HÉV for services to the nearby Roman ruins of Aquincum, to the quaint artist's haven of Szentendre, or, from the other end of the M2 at Örs Vezér tér over to the baroque Royal Palace at Gődőllo.

All official taxis in Budapest charge the same price per km - whether you order it or just get one off the street, every taxi has the following fare structure:

BEWARE !! There are many “fake” taxis driving around the city that will charge you much more, and then threaten you with violence if you don’t pay the fare but, they are somewhat easy to spot:

1. NEVER get into a taxi that doesn't have a company logo on the top or on the car door (a sign  saying “TAXI” is not enough!)

2. Always make sure that the meter is on, and that it doesn't show more than 700HUF when you  get in (unless you made them wait for you!).

3. If they are willing to negotiate a fixed price for the trip, don't get in the car. Fixed pricing is  illegal and they are probably overcharging you a LOT.

Another second oldest for the city is its Funicular Railway up the hill from Széchenyi Bridge to Buda Castle. The first was built in Lyon, France in the early 1860s, and then Budapest inaugurated theirs in 1870.

Speaking of NOT walking up the big hills - why not also take a ride on the chairlift, or chairlift, up Janos Hill to arguably the most beautiful lookout over the city. 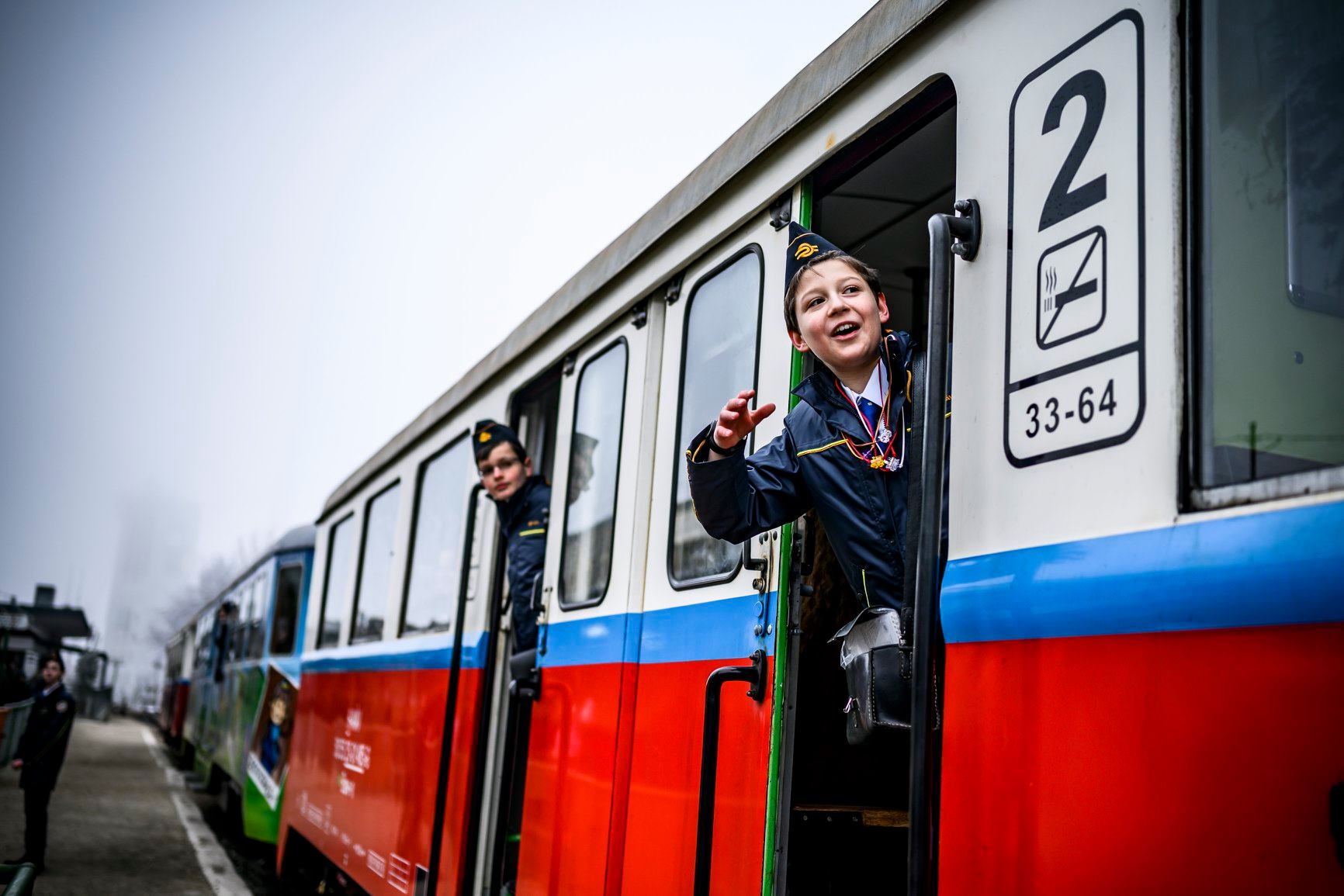 Line 7 of the train network is indeed very different to the rest ..!

Formally called the Pioneer Railway (harking back to its Communist Boy Scout beginnings) the Children's Railway stretches for 11km across the Buda hills and is almost completely run and maintained by children aged between 10 and 14. Only the drivers are adults!